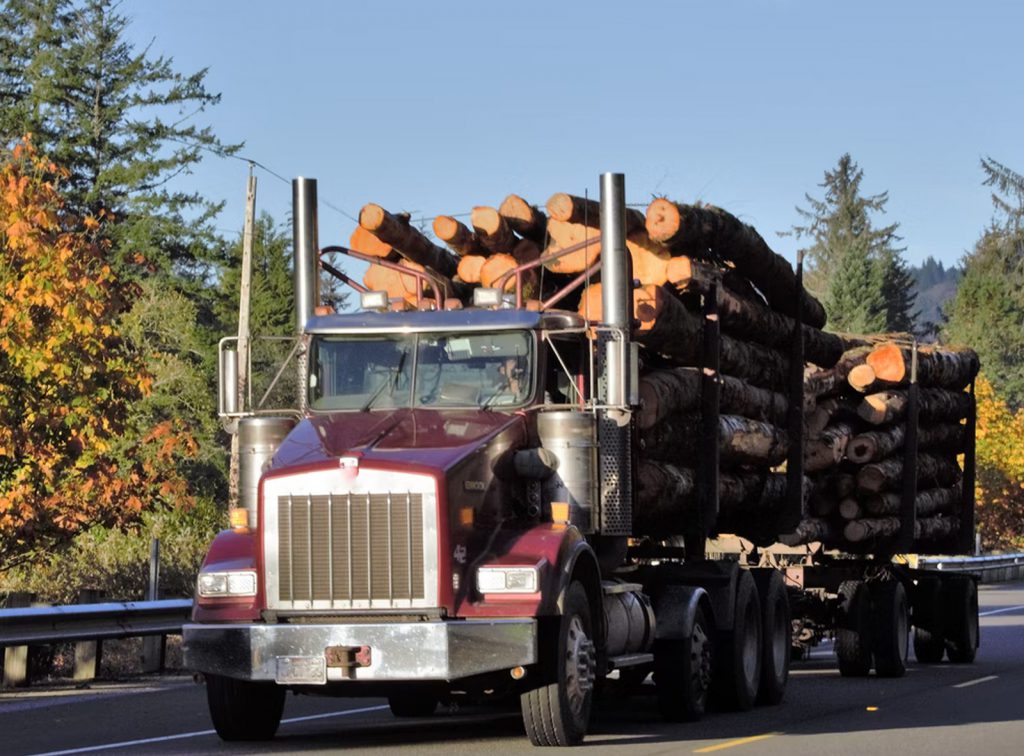 84 logging trucks passed through Youbou in one day. That’s a heck of a lot of trees that won’t be around to store carbon as the climate emergency deepens. They won’t be here to cool the local environment in the next heat dome. Nor will they capture and slowly release the incredible amounts of rain that will come down in the next atmospheric river!

Well, apparently, they missed a few spots, because the parade or dare I say convoy of trucks continues. Big logs, small logs and everything in between all headed overseas.

I imagine the huge gaping holes where forests used to be and the dry clear cuts filled with flammable broom that are replacing them. I imagine the seedlings that don’t have a hope of growing in a bowl of dust. I imagine the rivers running dry…oh wait, I don’t have to imagine that. It’s already happening!

“Solutions” like smaller clear cuts, removing broom with triclopyr, replanting with a couple of varieties of profitable tree species are literally like rearranging deck chairs on the Titanic.

While ordinary citizens foot the bill for flooding, slides and forest fires, it begs the question: When will logging companies like Mosaic make the necessary fundamental and critical changes in their practices that will help reduce the effects of climate change?

Oh, and one more question. Why is it okay for our government to make ordinary citizens pay while private managed forest owners get tax breaks and subsidies?