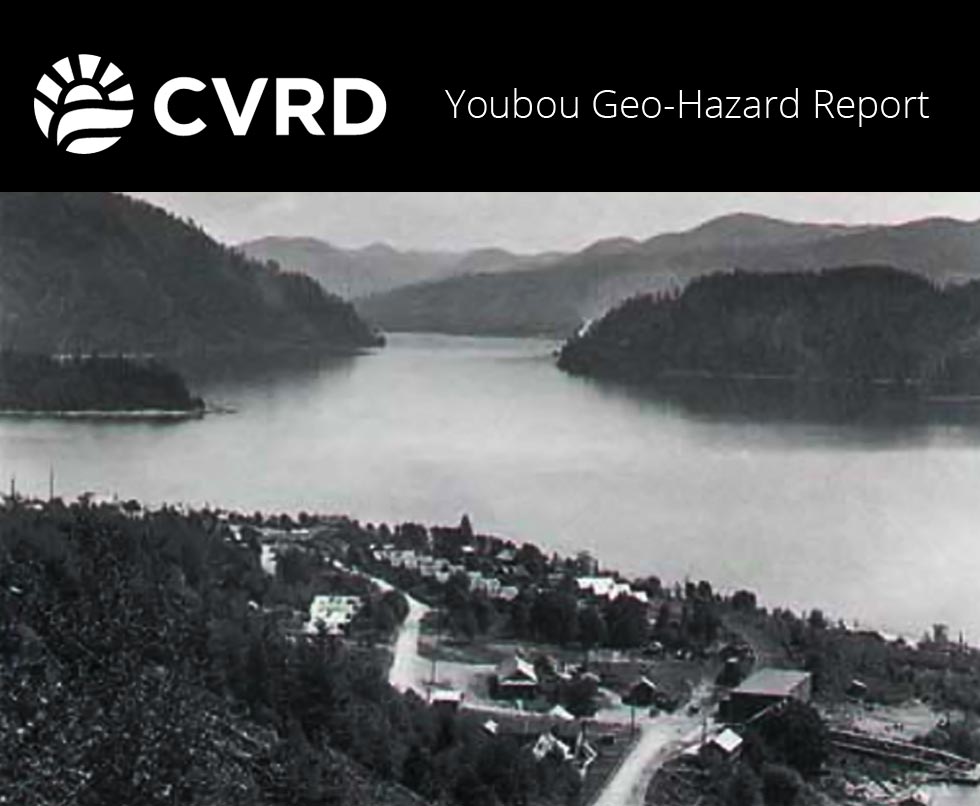 The CVRD’s Geo-Hazard report was released to the public in May. It’s a lengthy document, but well worth diving into. READ THE FULL DOCUMENT HERE

The results confirm what many of us have discovered through talking to long-time residents, gathering information from area experts and our own research of public documents.

My doctorates in geoscience and geomorphology have failed to show up in my mailbox, so I am thankful that the true experts in the field have put this report together.

At the May 22 Regional Services meeting of the CVRD, Klaus Kuhn spent quite a bit of time explaining his opposition to this report. There were three others who voted against it: Director Smith, Director Sebring and Director Iannidinardo. If the last name sounds familiar, I will save you the trouble of googling it; Lori Iannidinardo is Mosaic Forestry’s Vice-President Domenico Iannidinardo’s mom.

Mr. Kuhn did not seem to be aware of any slide activity on Mount Holmes and Mount Good. I encourage him to read the study all the way to the end where it states that over a 70 year period, 462 landslides, 27 debris flows, 15 debris slides, 6 rock falls and 15 rock slides have occurred.

As I plan to dip more into this report for my posts, I’ll begin with quoting the section that supports the second most mentioned concern about logging above our communities. Watersheds, as I have stated before is our biggest one. Here goes:

Road building associated with logging has the greatest impact on landslide frequency (Guthrie, 2005) due to the enhanced concentration of surface water, and the steepening of cut and fill slopes.

The removal of the tree canopy by logging causes increased infiltration into soils and surface water run-off, as interception by the canopy is greatly reduced. To a lesser extent, logging can also destabilize slopes as the root systems on the stumps decay.

The forested slopes above the North side of Cowichan Lake also provide a buffer inhibiting debris slide occurrence and rock fall from reaching the developed areas below. These forested slopes are owned by TimberWest* and Hancock Forest Management and could be logged.” *now known as Mosaic Forestry