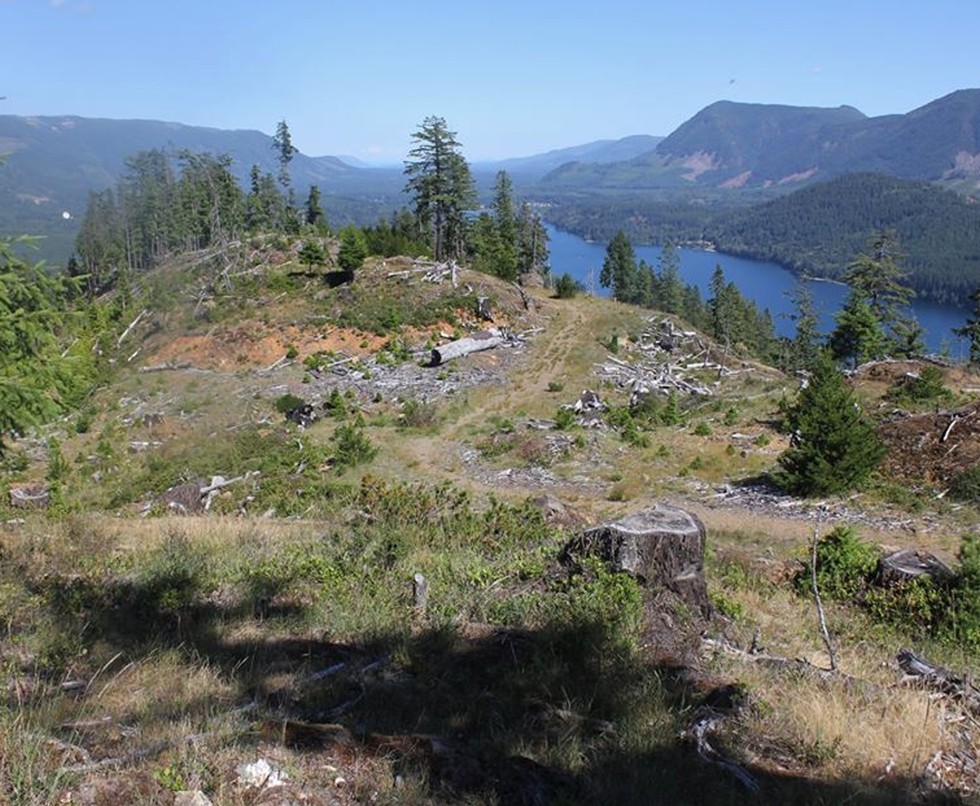 By Dave Kanno, chair of Save Our Holmes:

HOW DOES THE UNLOGGED FOREST ON MOUNT HOLMES PROTECT US?
Youbou and Meade Creek experienced a very dry and hot summer in 2017. If I recall correctly, there was no significant rainfall from May 24 weekend until the end of September. Local environmentalists classified it as a drought period. This was in extreme contrast to the winter months from November 2017 to April 2018 when we had rain quantities that would almost classify our areas as a rain forest. The potential of soil erosion and flooding during and after the five months of winter rain season in Youbou and Meade Creek are very realistic.

Last winter our towns had approximately 1.64 meters (163.9 centimeters = 64.5 inches) of rainfall plus 0.75 meters (75 centimeters= 29.5 inches) of snow. These numbers are from the Cowichan Lake Forestry weather station.

We can show you pictures taken from Bald Mountain that show the results of flooding and landslides from clear-cut logging which could very easily happen on Mount Holmes. Even if engineering modelling that hydrologists use by factoring in a clear-cut soil surface, it doesn’t factor in the probability of poor logging practices which will endanger our homes and our residents who live on or below Mount Holmes and Mount Good.

Conclusion:
TimberWest, the clear majority of residents in Youbou and in Meade Creek will continue to oppose any logging of the trees on Mount Holmes and on Mount Good for these reasons.